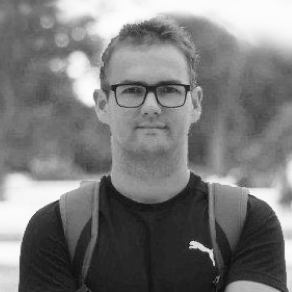 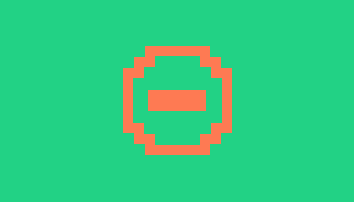 Burn-out happens in all branches of work, not just in R&D. It's a serious condition, one that every developer needs to watch out for, and it's more common than you might think.

You will know when it happens because a thing that's second nature to you - like programming - will become almost impossible to do. It's like you're suddenly a person who can't write code, trying to write code. Like something you would previously enjoy doing becomes the last thing you want to do.

According to ​​the International Classification of Diseases, burn-out is a syndrome conceptualized as resulting from chronic workplace stress that has not been successfully managed. It is not considered a medical condition but an occupational phenomenon.

Years ago, I worked for a company that, in its efforts to do all the best for the company, probably unintentionally, overworked employees. In time some just got tired, and others burned out. Realizing and admitting to myself that I was experiencing burn-out was difficult because it slowly crept up on me.

The red flags were there from the very beginning, even in the hiring process. But, at the time, I didn't pay much attention to those because I really needed a job. Sometimes it can be difficult to see the true colors of the situation, particularly if you desperately want to like the new opportunity.

The red flags were there from the very beginning, even in the hiring process. But, at the time, I didn't pay much attention to those because I really needed a job. Sometimes it can be difficult to see the true colors of the situation, particularly if you desperately want to like the new opportunity.

Red flags that I ignored

In the first interview, I was informed that working hours are not flexible and must match their time 100%. Even though there was a 6 hour time difference.

During the technical interview, the interviewers would never let me finish the sentence, they kept on interrupting me. Later, they said it was their way to test how I would react when under pressure.

The last test was to introduce myself to the CEO. We had about an hour to get to know each other, and he used most of that time to tell me all of his life achievements.

All interviews in the hiring process are important and should have a clear agenda. If engineers are evaluating your stress tolerance, and the CEO doesn't expect you to demonstrate your interest in the company, your dedication to the role, or your passion for the industry, you should know that this is probably not a good place for you.

When I started working, the environment was really stressful. They used a time-tracking software that always kept interrupting measuring time if I wasn't typing, even though I was standing in front of my computer and preparing the whiteboard for the meeting.

The structure of the teams was intended for micromanagement. Each team had two members, and one of them was a leader. When someone is breathing down your neck, it can only reduce your productivity.

In this company, our deadlines were set by non-technical people who never participated in the development, so they didn't know how many hours it would take to get the job done. They just took a wild guess. Because of that, their deadlines were always far from what we could achieve at the given time. Few deadlines like this, and you feel incompetent, and it wasn't just me, but all of the teams felt like this.

All of the developers sounded frustrated - in the slack communication, emails, and video calls. All of them were under pressure, and even when we talked about some simple things, you could tell how stressed they were.

On a daily basis, I was getting emails and slack messages outside of working hours, and my immediate response was expected. Later on, it was somehow assumed that we all were available all the time, so urgent and non-urgent messages were mixed and sent out at any time. I know that responding only takes a couple of minutes each time, but still, I felt like I was working all the time.

Realizing and accepting the situation

It took me a few months to become completely exhausted by this way of working. The different time-zone, missing one deadline after another, the micromanagement, missing the work-life balance - at one point, it became too much. I was not feeling productive at work, but not only that I was also unhappy with everything else, even when I wasn't working. I was stuck and didn't see the way out. I felt like a failure and that programming is not for me.

Usually, I have a pet project that always cheers me up, but at the time, I just couldn't wait to finish programming and try to think about something else instead. So I found a new hobby - photography. I enjoyed taking pictures, and I loved the result! Taking different scenery each time was fun, so I started spending more time in nature. It allowed me to be creative, and I thought that maybe it would be better for me to be a professional photographer.

When I told my friends about this idea, they solved this mystery I had within seconds. They could see the problem and the solution clearly. It turned out that I needed an objective opinion. They told me that I have to get away from this environment, or I might burn out if I haven't already. This never occurred to me. I thought that the problem was me all along, and not the work environment and the stress that came along with it. Quickly afterward, I resigned and took some time to recover.

I had lots of free time, so I took up cycling. I was training at least 4 times a week - sometimes alone and sometimes with the team. Other cyclists were very easygoing, nobody talked about work. They had lots of subjects about proper nutrition, exercise routines, emergency bike repairs, and such. The training was high intensity, and occasionally we would go and compete in the country-wide organized competitions. Combined photography and cycling were my way of coping. It had a positive effect on my mental health. It didn't take long, and my love for programming rekindled 🥰

I can never turn back time and make better decisions, but from this perspective, I can see all of those steps that led me burn out. I now have the experience and knowledge to prevent burnout from happening to my team members and me.

As a team lead, I put my team first. I respect their working hours, I give my best to organize the workload, so there is no overtime. If it is really necessary, we all can occasionally work overtime, but this should by no means become a habit. If I work in distributed teams working hours can be flexible, we don't need 100% overlap.

I hope you remember that this can also happen to you or someone close to you, so if you recognize some of the red flags that I mentioned or some of the most common signs take action, do not ignore them.

I believe that a high-stress job doesn't always lead to burn-out. If stress is managed well, there may not be any negative effects.

Chin up, and take care of yourself.

When I was 15, I sold my first piece of software. I started making simple websites about 20 years ago. Since 2011, I have been a professional software developer; I have worked in different fields such as FinTech, E-Commerce, Acoustics, and Workflow Automation.